The Ludlow Massacre was an attack by the Colorado National Guard and Colorado Fuel & Iron Company camp guards on a tent colony of 1,200 striking coal miners and their families at Ludlow, Colorado, on April 20, 1914. About two dozen people, including miners’ wives and children, were killed. The chief owner of the mine, John D. Rockefeller, Jr., was widely criticized for the incident. 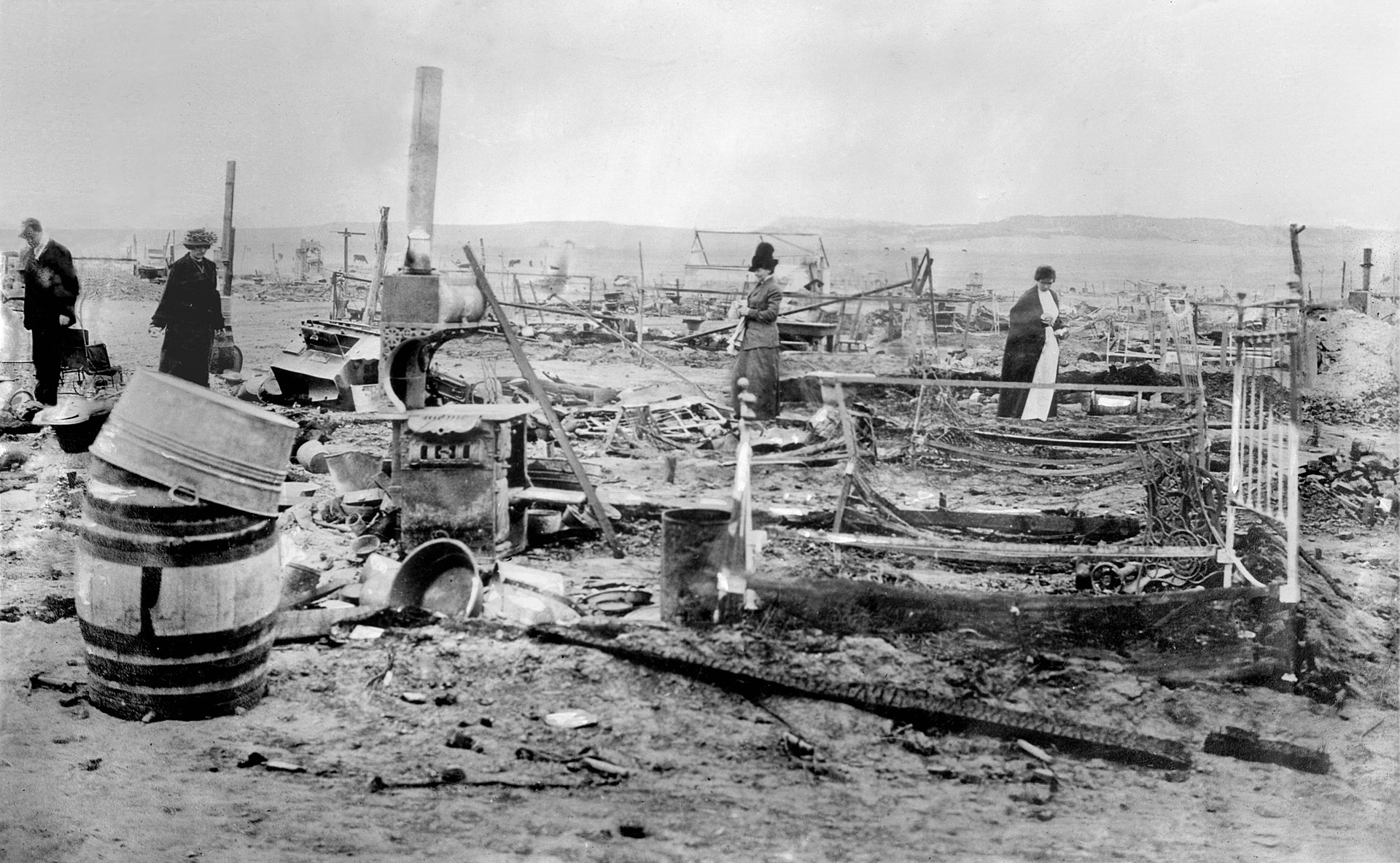 The massacre, the seminal event in the Colorado Coalfield War, resulted in the violent deaths of between 19 and 26 people; reported death tolls vary but include two women and eleven children, asphyxiated and burned to death under a single tent. The deaths occurred after a daylong fight between militia and camp guards against striking workers. Ludlow was the deadliest single incident in the southern Colorado Coal Strike, which lasted from September 1913 through December 1914. The strike was organized by the United Mine Workers of America against coal mining companies in Colorado. The three largest companies involved were the Rockefeller family-owned Colorado Fuel & Iron Company, the Rocky Mountain Fuel Company, and the Victor-American Fuel Company.

In retaliation for Ludlow, the miners armed themselves and attacked dozens of mines over the next ten days, destroying property and engaging in several skirmishes with the Colorado National Guard along a 40-mile front from Trinidad to Walsenburg. The entire strike would cost between 69 and 199 lives. Thomas G. Andrews described it as the “deadliest strike in the history of the United States”, commonly referred to as the Colorado Coalfield War.

The Ludlow Massacre was a watershed moment in American labor relations. Historian Howard Zinn described the Ludlow Massacre as “the culminating act of perhaps the most violent struggle between corporate power and laboring men in American history”. Congress responded to public outcry by directing the House Committee on Mines and Mining to investigate the incident. Its report, published in 1915, was influential in promoting child labor laws and an eight-hour work day.

The Ludlow site, 18 miles northwest of Trinidad, Colorado, is now a ghost town. The massacre site is owned by the United Mine Workers of America, which erected a granite monument in memory of the miners and their families who died that day. The Ludlow Tent Colony Site was designated a National Historic Landmark on January 16, 2009, and dedicated on June 28, 2009. Modern archeological investigation largely supports the strikers’ reports of the event.

« Publication of The Communist Manifesto